From Wowpedia
(Redirected from Jeff Kaplan)
Jump to: navigation, search 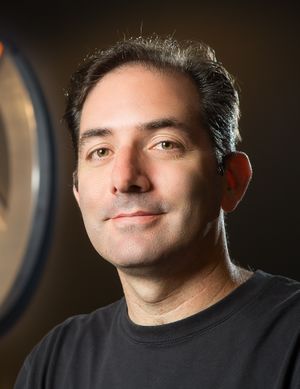 Jeffrey Kaplan (alias Tigole) is a Lead Game Designer at Blizzard Entertainment, formerly responsible for world design of World of Warcraft (and subsequent expansions), including "quests, outdoor zones, dungeons, raids etc."[1] He is currently the lead designer for Overwatch.

Jeff was hired by Blizzard because of his status as Tigole, guild leader for Legacy of Steel on The Nameless server of EverQuest. The guild had many world-first raid kills, and is attributed to helping shape EverQuest and the MMO genre in general towards extreme emphasis on endgame content. The guild was formerly run by Rob Pardo, a long-time Blizzard employee and developer on Diablo II and Warcraft III. He was invited to Irvine to the Blizzard campus but wasn't aware of what Blizzard was at the time. Pardo advised him to check the Blizzard jobs page the next day, where he found an offer for lead quest designer. The job required a degree in creative writing, which Kaplan possessed.[2] He joined Blizzard and began working on World of Warcraft in May 2002[3][4][5] as one of the original two Quest Designers, the other being Pat Nagle.[4][6] Kaplan briefly served as a playtester on Warcraft III, which shipped in July the same year, before going back to working on WoW.[4] In addition to designing quests, he also became one of the point people on dungeon design after presenting his idea of mob placements in the Deadmines to the rest of the team.[3]

On February 12, 2009, Jeff announced that he was leaving WoW to work on Titan.[7] He is currently the game director of Overwatch.[8]

In an "Ask Me Anything"-style thread in the Overwatch subreddit on March 13, 2017, Jeff revealed that he left WoW because he had been "feeling very fatigued after 6.5 years of working on WoW", while Titan presented a new challenge.[9]