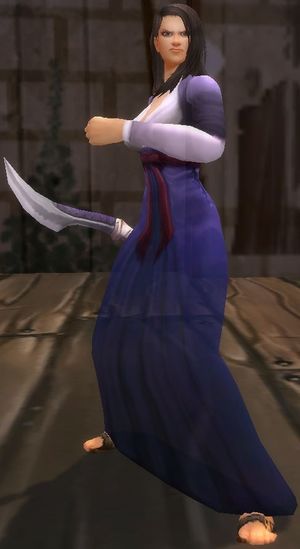 Julianne is one of two bosses in the fourth encounter in Karazhan.

She can be seen backstage during the Return to Karazhan.

Ugh! He's so insufferable! What a jerk.

It's possible that her being undead is a part of acting and disguise.