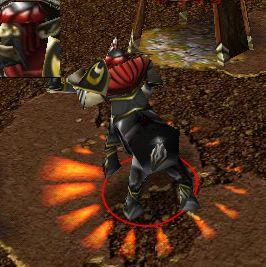 Khan Gragtor was a level 14 Kolkar clan centaur khan, who tore an orc village asunder and took several orcs as unwilling slaves to do his bidding.

Rexxar found the centaur camp and orc captives locked in cages. The orc Mathogg asked Rexxar to kill Gragtor and take his iron key as it was the only thing that could open the cages. Rexxar razed the centaur camp to the ground and cut the khan to pieces.[1]

"Weakling orcs no learn lesson! This land belong to us, forever!"