Kirin Tor Guardians are soldier-mages of the Kirin Tor.

They first appeared on the Isle of Thunder as Alliance-affiliated guards at the Violet Rise. 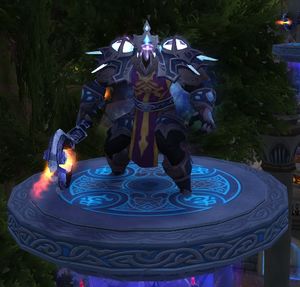 They were later found in the Assault on Broken Shore scenario and as recruitable ground troops of the Tirisgarde.

When Argus appeared in the sky, they expanded their patrol to include Krasus' Landing and the Spire of the Guardian, standing on flying discs. Other guards were tasked with maintaining an orderly atmosphere to prevent any public panic from taking hold.