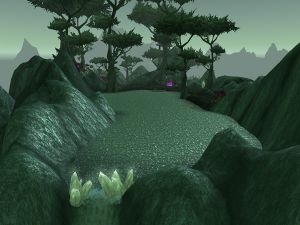 Lake Jorune is located in central Terokkar Forest. It is only available to those who have flight. The lake itself lies in a nook in the mountains just above Stonebreaker Hold. There is an arakkoa settlement on the shores of the lake. With the addition of Skettis there are now friendly arakkoa NPCs in the huts around the small lake, but they do not seem to have any quests to give or items to sell.

There is an NPC by the name of Sar'this located in the biggest house near the lake. He is part of the Netherwing Faction Quest Line.

This area (along with the Lake Ere'Noru and Blackwind Lake subzones in Terokkar Forest) is one of the only three bodies of water where you may find Highland Mixed Schools, from which you may catch 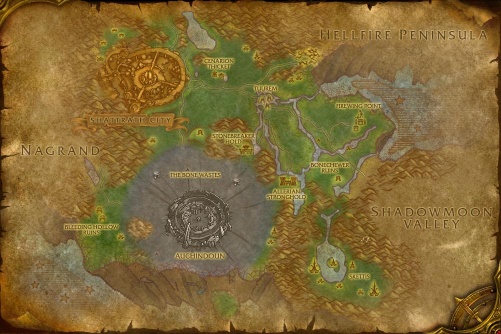