For other Liams, see Liam (disambiguation).

— Liam at the start of the worgen invasion

Prince Liam Greymane was a member of the royal family of Gilneas, and the son and heir of King Genn Greymane.[1] He was killed by Sylvanas Windrunner during the Battle for Gilneas City.

As a teenager, Liam often disagreed with his father and had quarrels with him, particularly over seceding from the Alliance and constructing the Greymane Wall. When the Plague of Undeath began to overtake Lordaeron, causing the nation to plead for aid from Gilneas, Liam rebuked his father for not sending any help to their fellow kingdom. A slightly drunken Genn — furious that his own son would question him — threw his goblet of wine across the floor, insisted that the wall would protect Gilneas from the undead, and stated that he would not risk the lives of any Gilneans by sending them to fight the Scourge, just as his own father wouldn't have. Liam accused Genn of always trying to emulate his father and that there were other ways to consider, but Genn replied that it was a prince's duty to strive to be like his father. Liam retorted that he thought it was a prince's duty to one day be a great king. The prince then took his leave, knowing that the argument was lost.

After the Third War began, Liam watched alongside Genn, Archmage Arugal, and a guard captain from atop the Greymane Wall as a massive sea of the Scourge assaulted it in waves. Liam told his father that he should have listened to him. Genn — angered that his son would question him again, this time in public while he was trying to instill courage in the wall's defenders — brusquely told his son that now was not the time.

The Fall of Gilneas 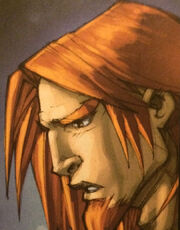 Liam speaking to his father following the destruction of Duskhaven in Curse of the Worgen. 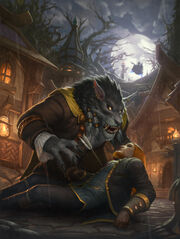 Liam after saving his father.

Years later, when the invading Forsaken began to beset the Greymane Wall, Liam was ordered by his father to oversee the defenses of the wall. Yet with the swelling ranks of the Forsaken and the recent worgen invasion of Gilneas City, he was presumably forced to abandon his post and was ordered to secure Merchant Square, which he helped defend with the aid of a Gilnean adventurer. After the squares were lost to the worgen, Liam met with his father and the former rebel Darius Crowley in the Greymane Court. Darius told Genn that some would have to remain behind to distract the worgen in order to allow the rest of the Gilneans to evacuate from the city. Liam wished to stay behind with the Royal Guard and protect the city, but Crowley retorted that it would be better for Liam to accompany Genn, since they couldn't afford to have the king wondering if his son was alive or not.

Shortly after Darius decided to stay behind in Light's Dawn Cathedral and make a last stand against the worgen, Darius' daughter Lorna Crowley met with Genn and Liam. She had received word that her father was free, but Liam told her about the choice Darius made. Lorna pulled out her gun and took aim at Genn, cursing at him and believing this was his idea of revenge after the Northgate Rebellion. Liam restrained her, and a hysterical Lorna demanded she be let go to die with her father before she began to cry in Liam's arms.

Liam and his father escaped with the other Gilnean refugees to the village of Duskhaven. With all that had transpired, Gilneas was now faced with a terrible truth: their mighty wall could not hold back the dead much longer. Despite all that happened, Liam still believed in his father, despite Genn's doubts. Liam believed Genn could be a great leader once again if he could only regain his confidence in himself. Liam later observed the effects of Krennan Aranas' elixir on the worgen.

Liam started drinking to drown his regrets of being unable to prevent the loss of Gilneas City, but when the Forsaken attacked Gilneas, he and his men fought back. Liam was overjoyed to reunite the adventurer from Gilneas City, even though the hero had now been transformed into a worgen. While Liam was heading towards the main Forsaken army, the Cataclysm occurred and drowned the land near Duskhaven. Liam assisted in rescuing drowning Gilnean soldiers and helped evacuate the village. He then traveled to Stormglen with the other evacuees, but along the way his stagecoach was attacked by ogres. With the help of the adventurer, Liam rescued crash survivors from the nearby marsh and dealt with the ogres by tricking their leader, the ettin Koroth the Hillbreaker, into attacking the Forsaken.

Some days later, Genn told his son the truth about how the curse spread and revealed to him that he was bitten. Liam was fine with the revelations, leading to a reconciliation between him and his father.

After the Gilneans united due to the efforts of his father and Darius Crowley, Liam sobered up and prepared to lead a counter attack against the Forsaken invaders. After holding a passionate speech, he lead his men in the Battle of Gilneas City, helping to reclaim the city's districts before meeting up with his father and Lord Crowley to confront the Forsaken's leader, Sylvanas Windrunner. During the ensuing battle, Liam was killed by Sylvanas when he took a poisoned arrow intended for Genn. He died in his father's arms, secure in the knowledge that the city had been retaken. After the battle, the Gilneans learned that Sylvanas was planning to loose the New Plague on Gilneas, leaving Genn with the choice of pursuing vengeance by striking at the Banshee Queen or evacuating his people. As much as he wished to exact vengeance, the king felt he had to honor his son's memory and thus traveled to the holy burial ground of Aderic's Repose along with Krennan, Darius, and Lorna. There, they laid Liam to rest alongside other patriots and heroes of Gilneas.

After Liam's death, Genn continued to be haunted by the memory of his son, particularly the quarrels they had and the sight of the prince's dying body after the Battle of Gilneas City. During the exodus to Darnassus, Genn nearly drowned while saving his remaining family from the sinking Elune's Radiance, but was saved by the night elf captain Talar Oaktalon. After later awakening, Genn told Talar that he had been dreaming of Liam and that while there would be times when his child's death would hit him like a stone thrown at his chest, he could take comfort and pride in knowing that his son had been a wiser man than him.[2]

In Stormheim, Genn stole the magical Soulcage from Sylvanas to prevent her from enslaving Eyir and destroyed it, referencing Liam's death by saying "You took my son's future, and now I've taken yours".[3]

In Battle for Azeroth, Genn makes reference to avenging Liam when the Gilnean forces are sent to flank Orgrimmar during Varok Saurfang's rebellion. He ultimately is outraged to find Sylvanas has escaped yet again, denying him justice. Liam's death is relived by his sister, Tess Greymane, during the worgen heritage armor questline. In a vision granted to her by Goldrinn, of what she could have changed as a worgen, Tess is unable to prevent her brother's death, leading to her falling into an enraged state before being defeated and calmed by the worgen hero assisting her. She forlornly realizes that she couldn't have saved Liam either, before coming to terms with her reasons for seeking out the Curse.[citation needed]

This section contains information that needs to be cleaned up. Reason: Needs wikifying, and should probably be separated into subsections based on which quests they're used during. 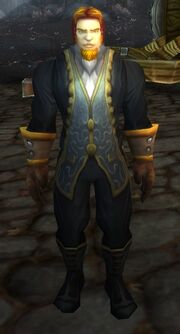 Liam as he appeared prior to Warlords of Draenor.

We need you, name! There are worgen everywhere!

I failed to defend my people in Gilneas City. It seems the fates have given me a second chance, <name>. I will not fail again! 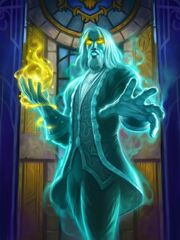