From Wowpedia
(Redirected from Life force)
Jump to: navigation, search 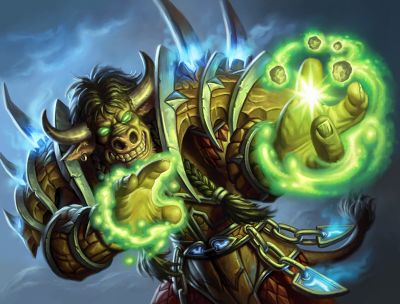 The Spark of Life.

The energies of life, commonly known as nature magic, promote growth and renewal in all things. Death, in the form of necromantic magic, acts as a counterbalance to Life. Together, these two forces hold sway over every living thing in the physical universe.[1]

The first life form to emerge in the Great Dark Beyond were the elementals. One of the most basic and primordial life forms, they were created when shards of fractured Light thrown in the physical universe hit planets and infused them with the spark of life. As such, they can be found on nearly every planet that houses life.[2]

Spirit, or chi as the pandaren call it,[3] is the life force that shaman manipulate.[4] Spirit energy is intrinsically linked to the elements—earth, air, fire, and water. This life-giving force interconnects and binds all things in existence as one.[1] The amount of Spirit energy available on a planet regulates the temperament of the elementals. The more spirit energy, the more slumbering the elementals are. A world with raging elementals such as Azeroth is indicative of a low supply of spirit energy.

On Azeroth, Alexstrasza became the Aspect of Life and, together with her red dragonflight, they were made protectors of all life by the titan Eonar. The fire of the red dragons can not only hurt but also bring new life.

Druids work with the natural life forces of the world.[5] Druid healing involves life force being drained and transferred.[6] They ask the surrounding nature to lend them their energy in order to cast spells or to aid them in battle.[7]

Fel magic is fueled by the sacrifice, often insignificant (a living fish, or a few strands of seaweed)[8] and burning of life.[9] A dramatic increase in power is provided to warlocks when they fuse their demons' life energy to their own. The more closely linked they are with the demons they sacrifice, the greater the power of the ritual.[10]

Blood magic is a form of tortured life magic that uses blood as a power source.[11][12] Death knights use blood magic to command the very life force of their enemies.[13]

E'ko is a term referring to a strange life force,[14] it is the spiritual power[15] that each creature of Winterspring possess. Different creatures possess different e'ko and when one of these creatures are killed a bit of their e'ko sometimes comes out. The Witch Doctor Mau'ari knows an incantation that transforms the e'ko into juju.

Midnight rituals of the Scarlet Crusade imbue its devotees with the ability to "infect" the undead with the spark of life — and in doing so, make them vulnerable as normal mortals. Just as the Scarlet Crusade trains its members to manipulate their life force, it also trains them to protect it. As a Crusader becomes more powerful they can use their life force to incinerate any who stand in their way.[18]