For the mob, see Felblaze Infernal. 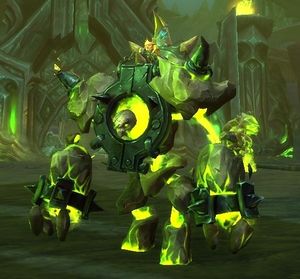 This item can be found inside Gift of the Nightborne after defeating Gul'dan in the Nighthold on Normal, Heroic, or Mythic modes.

The Illidari were able to break one of these fiery beasts for use as an unstoppable, fearless mount against the Legion.