For the lore of the zone and its status after the Cataclysm, see Loch Modan.

Loch Modan is a large area east of Dun Morogh, situated in eastern Khaz Modan. It is known for its temperate climate, abandoned archaeological dig site and, until the cataclysm, the huge lake from which the region takes its name. The gray and rugged Khaz Modan mountains rise up on all sides around the loch, and the hills are lightly wooded with pine and birch. The loch was held in place by the now broken Stonewrought Dam, an architectural wonder of no equal on Azeroth.

Loch Modan is heavily populated by hostile troggs, unearthed from caves below ground by the dwarven digs. They have since settled in the surrounding mountainous area and built crude camps and caves from which to strike at passing travelers. Other dangers include dangerous wildlife, aggressive kobolds, and the powerful ogres of the Mo'grosh Stronghold.

Despite its serene appearance, Loch Modan has seen its share of conflict and bloodshed. In the Second War, the orcs of the Horde overran Loch Modan and made a stand against the defenders of the Alliance. The dwarves of Ironforge were ultimately successful in their defense, and reclaimed the area in the war's aftermath. Broken catapults and ballistae can still be seen scattered about on the bottom and islands of the loch, mute evidence to the region's bloody history.

There are no instanced dungeons or battlegrounds in Loch Modan. However, the micro dungeon Mo'grosh Stronghold can be found in this area.

Since the Alliance has no travel hub in the Badlands, they have to fly to Thelsamar in Loch Modan and ride from there to get to Uldaman. Newer players are often unacquainted to the higher-level activity in a teens level zone in comparison to the starting zones they have come from. 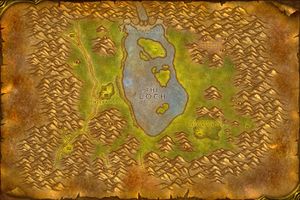 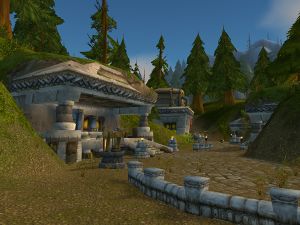 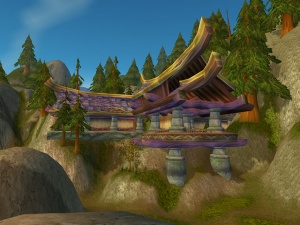 Loch Modan is home to several dwarves of various levels of importance. In the Valley of Kings, Captain Rugelfuss sends promising young dwarves to eradicate the troggs who infest the region. At the Stonewrought Dam, Chief Engineer Hinderweir VII seeks to rid Loch Modan of the vile and terrible Dark Iron dwarves. And at his excavation site, the unlucky Prospector Ironband recruits "slightly" more experienced adventures to investigate the ruins of Uldaman.

Loch Modan is the implied level 10-20 destination zone for dwarves and gnomes from the adjacent starting zone of Dun Morogh. However it is easy enough for all other Alliance races to quest here, via the Deeprun Tram from Stormwind (this is true since the opening of Stormwind Harbour, allowing young Draenei and night elves easy access to Stormwind). 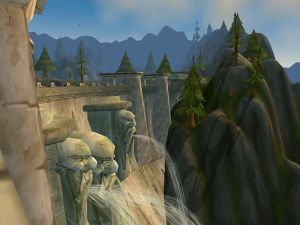 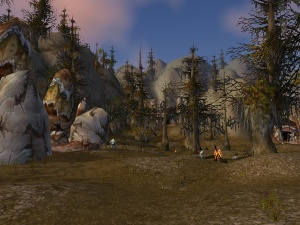