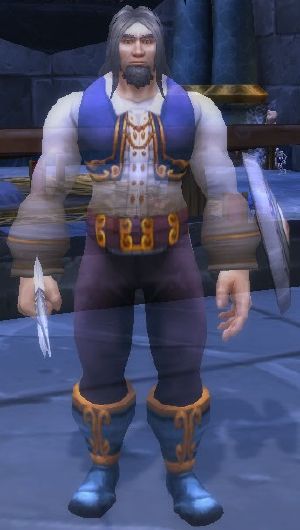 Lord Crispin Ference is one of the Nobles of Darkshire and part of the Moroes encounter of Karazhan. He is a protection warrior and of the six possible adds that spawn with Moroes.

[110] Return to Karazhan: Master of the House, Crispin was set free along with the other guests. After

[110] Butler to the Great, Moroes has a chance to generate a

[Dinner Invitation] that can summon him after returning from missions.

Hogan Ference, a mage in the town hall of Darkshire, may be his son.