Lord Jorach Ravenholdt is a human located at Ravenholdt Manor in the Alterac Mountains. He acts as the leader of the Ravenholdt assassin organization. During the third invasion of the Burning Legion on Azeroth, he appeared as the leader of the Uncrowned in the Hall of Shadows in Dalaran. He is considered to be one of the most legendary rogues of all time. For decades, he has trained many of the greatest rogues in the arts of subtlety and diversion.[3]

Lord Ravenholdt was one of the order hall champions who met Khadgar and Velen at Krasus' Landing to discuss the Pillars of Creation.[4] 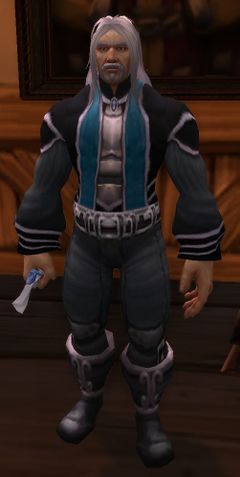 Jorach Ravenholdt in his manor. 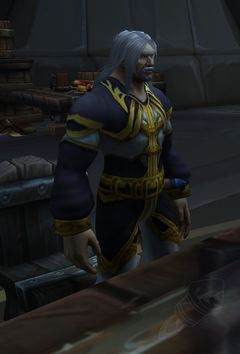 Jorach Ravenholdt in the Hall of Shadows.

The Uncrowned will do what no others can: finish this war.

"All who wish to hone their skills as assassins and thieves are welcome in Ravenholdt Manor." [6]

As prior to the First War the area of Ravenholdt Manor belonged to the kingdom of Alterac,[8] it is presumed Jorach was formerly a noble of the kingdom.