For the computer game that was cancelled by Blizzard before release, see Warcraft Adventures: Lord of the Clans.

Lord of the Clans is a novel by Christie Golden telling the story of Warchief Thrall's rise to glory after the collapse of the Horde. It is an adaptation of the cancelled Blizzard game Warcraft Adventures: Lord of the Clans. It was republished in 2016 for the Blizzard Legends series.

An audiobook version read by Dick Hill was released in February 2009.[1]

"I will not be here long," said Thrall.

"Come spring, I will rejoin Grom Hellscream, and help his noble clan storm the camps and free our people."

"Grom Hellscream," sneered the stranger, waving his hand dismissively. "A demon-ridden dreamer. I have seen what the humans can do, and it is best to avoid them, believe me."

"I was raised by humans, and believe me, they are not infallible!" cried Thrall. "Nor are you, I would think, you coward!"

"No, Master Drek'Thar, I will not be silent. This stranger comes seeking our aid, eats at our fire, and dares to insult the courage of our clan and his own race. I will not stand for it. I am not the chieftain, nor do I claim that right. But I will claim my right to fight this stranger, and make him eat his words sliced upon my sword!"

The strange Orc laughed heartily and rose. He was almost as big as Thrall, and now, to his astonishment, Thrall saw that he was completely clad in black plate armor, trimmed with brass. Uttering a fierce cry, the stranger opened his pack and pulled out the largest warhammer Thrall had ever seen. He held it aloft with seeming ease, then brandished it at Thrall.

Slave. Gladiator. Shaman. Warchief. The enigmatic orc known as Thrall has been all of these. Raised from infancy by cruel human masters who sought to mold him into their perfect pawn, Thrall was driven by both the savagery in his heart and the cunning of his upbringing to pursue a destiny he was only beginning to understand—to break his bondage and rediscover the ancient traditions of his people. Now the tumultuous tale of his life's journey—a saga of honor, hatred, and hope—can at last be told.... 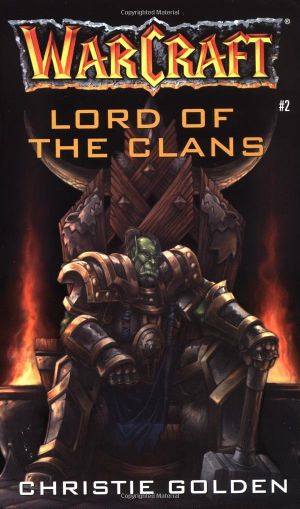