Not to be confused with Loreology (Sean Copeland). 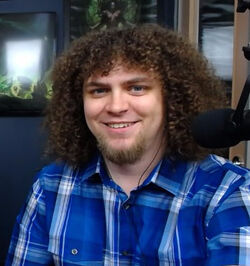 Josh Allen, also known as Lore, is a Blizzard employee and Community Manager for the US World of Warcraft forums. His welcome post was on June 13, 2013.[2]

Before joining Blizzard, Lore was perhaps best known for his works for sites such as Tankspot and Gamebreaker TV, the latter being a host on the World of Warcraft show, Legendary. His main shows on the Zam network YouTube channel consisted of shows like The Weekly Marmot, a discussion show and PST, a Q&A show, both focused on Warcraft. He was highly praised for his sense of humor and knowledge on the World of Warcraft series. His main in WoW before becoming a CM was a female blood elf paladin on Eredar-US for the guild "Months Behind."