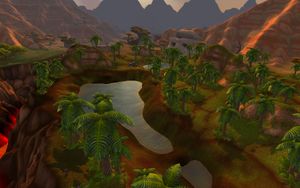 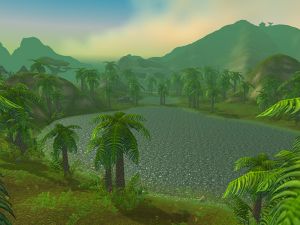 The oasis prior to the Cataclysm. 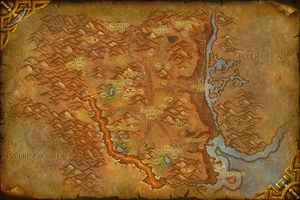 , just south of the Crossroads, is one of three major oases in the Northern Barrens. It is notable for containing the entrance to the accursed Wailing Caverns. Kolkar centaur stalk between the trees, eager to hunt the wild beasts coming to drink. The oasis narrowly missed destruction during the Cataclysm, and the southernmost pools appear to have partially dried up as a result. It is directly on the edge of the Great Divide.

Due to its closeness to the Wailing Caverns and Crossroads, this is a popular spot to fish for

[Deviate Fish], the integral ingredient in the popular