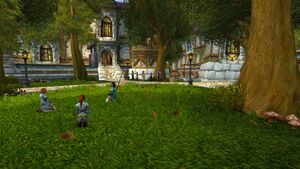 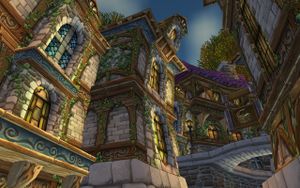 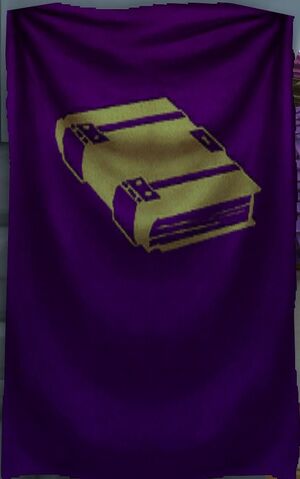 One of the banners marking the entrance to the Mage Quarter.

The Mage Quarter (also called the Mage District[1] or the Mage's District[2]) lies in the southern corner of Stormwind City. The infamous Slaughtered Lamb tavern is located there, as well as the Wizard's Sanctum. Within the Sanctum, mages train to increase their powers, and there are also several portals in the tower. In the Slaughtered Lamb, shady warlocks are often drawn to the dark cellars. Throughout the rest of the quarter, you can find herbalism, alchemy, and tailoring related stores and NPCs.

To get to the Mage Quarter, visitors can travel southwest across the Canals from either Cathedral Square, Lion's Rest, or the Trade District.

Their conversation is a randomized three-liner containing one of the following sentences: