For the duel from the main universe, see Mak'gora.

The mak'gora is an ancient tradition for the orcs. It is a duel fought to the death between participants. It can be fought hand-to-hand or with weapons, but the use of magic is considered cheating. 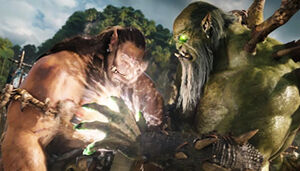 Gul'dan cheats during his mak'gora with Durotan. 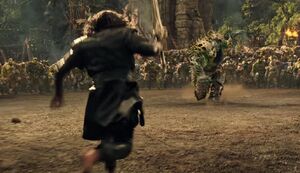 Mak'gora between Blackhand and Lothar.