From Wowpedia
(Redirected from Malor the Zealous)
Jump to: navigation, search

Not to be confused with Commander Malgor. 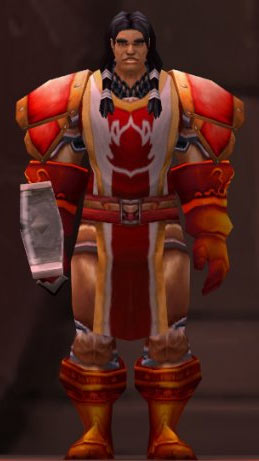 Commander Malor, previously the scarlet crusader Malor the Zealous, is a level 47 undead member of the Risen found in Stratholme. When Balnazzar revealed himself, he, like the rest of the Scarlets in Stratholme, was killed and brought back as one of Balnazzar's Risen.

Malor and a handful of other courageous warriors risked everything to protect the Scarlet Bastion from being desecrated by the undead. Tragically, they failed. Balnazzar corrupted the fearless commander into one of his servants, transforming the zealot into a mockery of his former self.

Originally, he was a level 60 elite human found in the Scarlet Bastion in Stratholme. Malor dropped no special loot and in fact often drops less than the other Scarlets do. However, Malor's Strongbox contains the [Medallion of Faith].

Malor was a very straight-forward fight, with a difficulty similar to Timmy the Cruel. He was by himself in a side room and after clearing in front of that room, he could be bypassed or taken down easily.

He had only two abilities besides his melee attack: