From Wowpedia
(Redirected from Map Coordinates)
Jump to: navigation, search

Map coordinates are numerical references to locations on the WoW maps. You can display your coordinates with many AddOns. They are also called tloc, an abbreviation for "Thottbot location". It consists of a set of x/y coordinates, which is two numbers ranging from 0 to 100, representing a location on the current zone map.

Users of the Cosmos addon can show their current position under the minimap by typing /mntloc.
Various other AddOns are also capable of displaying your current location. Examples include:

Go into the game, open a chat box, paste, hit enter. Your present coordinates for the zone will appear in the default chat frame. This code can also be placed in a macro.

Multiple coordinates for the same point

Because the zone maps are always rectangular but the zones themselves are not, your location can sometimes be visible on more than one zone map at different coordinates. Thus, if you've manually changed the map to a different zone, or zoomed it out while in a city, you'll need to change it back before giving coordinates. The above script does this, but some add-ons won't.

You can use the templates {{Zone Map}} and {{Zone Map Note}} to indicate locations on a map using the map coordinates.

You can also add coordinates (with a map tooltip), as a note, to an item or NPC using {{coords}}: 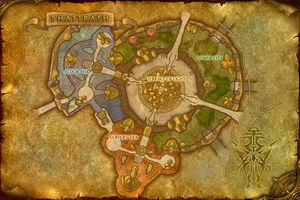