Were you looking for the in-game map? 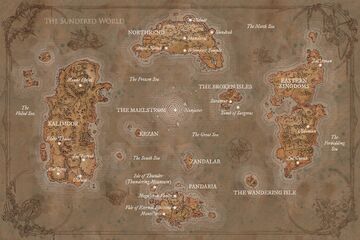 Azeroth from the Chronicle. 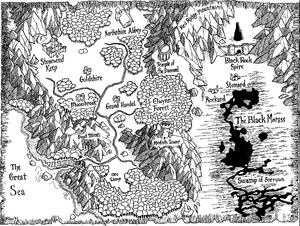 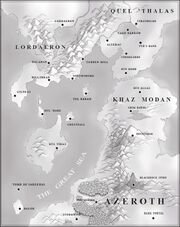 A map from Warcraft II.

A map from Warcraft II: The Dark Saga.

A map from Warcraft III.

Useful and interesting maps relating to World of Warcraft and the general Warcraft universe.

A fan map of the early stages of World of Warcraft.

A map of Azeroth during the early Alphas.

Only includes cities that have their own maps.

Some Zeppelin and Boat routes have changed since the Cataclysm Expansion (4.0.3a). The map below details the current active routes.

Note that the dotted paths refer to one-way single "Event" routes to Vashj'ir. After players initially use these to travel to Vashj'ir, the routes will no longer be accessible. Thereafter, players will have access to Vashj'ir via a portal in their faction's main city (Orgrimmar or Stormwind). 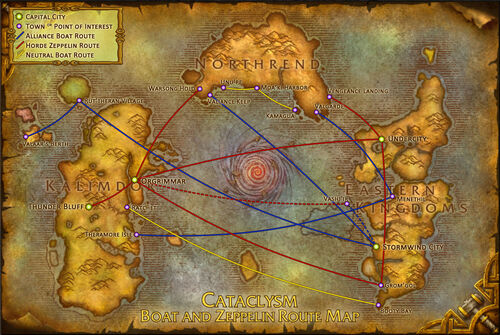 This is not a geographical map, rather, this is supposed to be a map of relations between the most important characters/clans/artifacts until the end of The Frozen Throne storyline. For all of you who are a bit confused by the tremendous amount of characters in the world of Warcraft.

There are several versions available — see the project page.