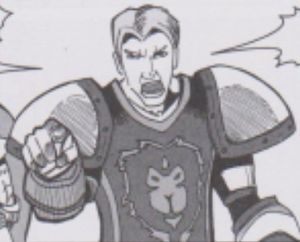 Marshal Marcus Redpath is an independent undead, newly raised by the Forsaken in Deathknell.

Marcus Redpath was the headman of Southshore prior to the onset of the Second War, greeting Anduin Lothar, Khadgar, and the refugees from the Kingdom of Stormwind. He sent his fastest rider, Willem, to King Terenas to alert him of their arrival.[1]

Marcus was a level 41 quest giver located in Southshore in the contested territory of the Hillsbrad Foothills. He seemed to be the leader of the military forces in Southshore and was eager to rid the town of various threats, including the murlocs, Crushridge ogres and naga.

Marcus was called to investigate the murder of Erik Fallrook. The Marshal had to arrest Kerri Hicks, a member of the Darkmoon Faire, who hit Erik the day before. An evidence against her was found by Redpath's soldier. Later he visited Kerri in prison and told her the sentence - she will be hanged. Soon later he was visited by Peter Hamelspot and Yebb Neblegear who told him the true murderer of Erik - his brother Cedrick Fallrook. Marcus then appeared in the chaos caused by the Darkmoon Faire and allowed them and Cedrick to leave as his father, Terrence Fallrook, told him that Cedrick was with him that night.[2]

With the destruction of Southshore by Forsaken plague bombing in Cataclysm, Marcus was killed with many other citizens. His body was transported to the Deathknell Graves and raised as an undead, but when he was approached by a Forsaken agent to join them, he refused, instead opting to create a "Forsaken with elbows" faction.

He is later found at Rotbrain Encampment as the leader of the Rotbrain undead who are planning an attack on Deathknell. He was soon killed by the adventurers. 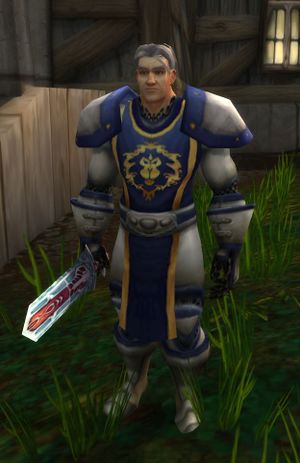