“All owe debt to the knight who gave his life to reveal the dark secret of Lady Katrana Prestor.”

Reginald Windsor was a human knight of Stormwind who discovered that Katrana Prestor was really the black dragon Onyxia. He was instrumental in unmasking her, though he paid for it with his life.

He and General Marcus Jonathan served together under Turalyon[1] during the Second War.

Marshal Reginald Windsor was a legendary knight and commander in his best days. He was a loyal friend of Varian Wrynn and studied swordcraft with him, although Windsor came to favor the hammer.[2] With nerves of thorium and wielding his family's epic hammer Ironfoe, he became a living legend in Stormwind. Later he was assigned the post of commanding officer of Alliance forces in Burning Steppes.[3] Apparently, he traveled to the Burning Steppes to investigate the Dark Horde[3] and obtain proof of Lady Katrana Prestor's treachery for Highlord Bolvar Fordragon.[4] However, when a flippant King Varian Wrynn returned to Stormwind, Windsor was troubled by Varian's passiveness and began investigating the possibility that an impostor — possibly even a dragon — had taken the king's place.[5]

As threats of Blackrock orcs grew, he and his agents traveled to Blackrock Mountain to investigate. While traveling with the information they gathered, his squadron stumbled into a Blackrock orcs battalion laying traps for an upcoming battle with the Dark Irons and were forced to fight them. Though Windsor managed to defeat the orcs, he was spotted by 300 Dark Iron dwarves and was captured. Only one of his men, Ragged John, escaped to tell the tale.[6] Marshal Windsor was captured and imprisoned, his hammer taken by the Emperor, Dagran Thaurissan, and the precious information seemed lost. 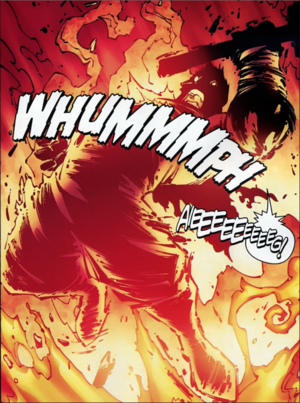 The death of Marshal Windsor.

Eventually, however, he was rescued by Varian Wrynn, Broll Bearmantle, Valeera Sanguinar, and Thargas Anvilmar. He revealed to them the dark secret that he learned while stationed in the Burning Steppes: that the court of Stormwind had been infiltrated by the black dragon Onyxia, in the guise of Lady Katrana Prestor. Reginald Windsor accompanied the four to Stormwind and, even though he knew it would lead to his death, he confronted her, revealing her true form within Stormwind Keep. With her plans unraveling and her disguise ruined, she incinerated Windsor and escaped to her lair.[5][1]

Prior to the release of Wrath of the Lich King, Alliance player characters could discover his notes, scattered among major individuals of Shadowforge City. Returning his notes restored Windsor's hopes, and the player escorted him to freedom. Returning to Stormwind, Windsor was greeted as a hero, despite orders from Lady Katrana Prestor for his arrest. Windsor proceeded to Stormwind Keep to reveal Katrana's true identity as Lady Onyxia before being slain by her. However, this part was slightly retconned as seen in The Comic.

Despite most of his appearances made unavailable, he can be seen as Marshal Windsor enslaved in the Detention Block of Blackrock Depths.

Jaz & Ograbisi
You locked up the wrong Marshal, Jaz. Prepare to be destroyed!
I never did like those two.

Shill Dinger
Finally that intolerant bastard got what was coming to him!

Tobias Seecher
Now we have to rescue Tobias!
He has to be in the last cell. Unless.. they killed him.
Get him out of there!