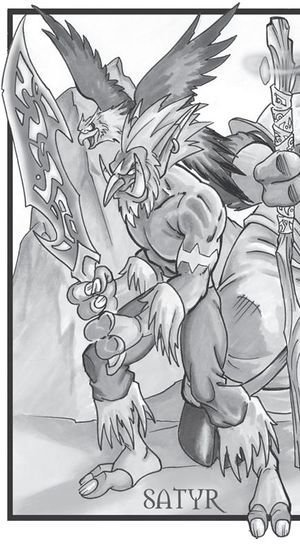 Some hunters focus their talents on melee weapons. These brave individuals take up the spear or axe and stalk dangerous creatures until they are close enough to pounce. They revel in the danger of their actions, feeling an unparalleled rush when they can bring a deadly creature down in equal combat - especially if they use their bare hands. Other hunters will prefer to use twin daggers, augmented by the elemental power of their traps, although their style of dagger fighting is much more loose and improvisatory than that of the Rogue.

The melee hunter's animal companion assists its master by distracting the enemy and flanking it.[1]

While hunters were long primarily a ranged class, with melee hunters being rare and mainly focusing on melee combat due to its novelty, the redesign of the Survival specialization in World of Warcraft: Legion allowed for the existence of a fully fleshed out melee version of hunter.