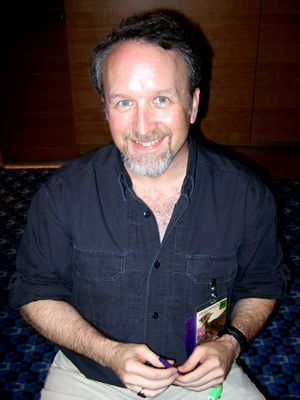 Michael Stackpole is a science fiction and fantasy author best known for his Star Wars and Battletech books. He was born in Wausau, Wisconsin, but raised in Vermont. He has a BA in history from the University of Vermont.

His first World of Warcraft work is Vol'jin: Shadows of the Horde. He played the game for a month straight after getting the job, making a number of characters and jokingly saying he could excuse himself for playing by calling it "research."

According to Stackpole, he was also chosen thanks to an acquaintanceship from Cryptozoic (Warcraft TCG) and Blizzard like his previous books. After signing the contract, he had to participate in a course of "introductory of Warcraft's history" which lasted for 6 hours. After reading the concept, he admitted that it was too Horde-centric and wanted to create an Alliance character, which Blizzard allowed him to, creating the character of Tyrathan Khort.