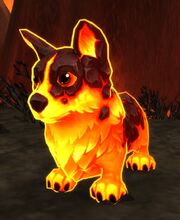 The Molten Corgi was rewarded from the achievement

Players received the Molten Corgi in a letter from The WoW Dev Team:

Can you believe it's been ten years?

We wanted to thank you for joining us in our celebration of the tenth anniversary of World of Warcraft with this adorable fiery fellow, plucked from the Firelord's litter.

Loves to herd imps, roll around in lava, and snuggle with elemental lords. 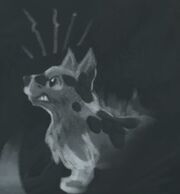 As seen in Hearthstone.