From Wowpedia
(Redirected from Mortar Team)
Jump to: navigation, search 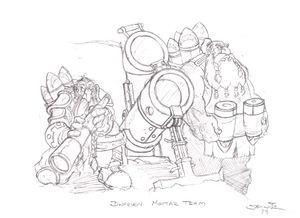 Armed with their innovative exploding shells, the stalwart mortar teams of Ironforge are capable of blasting apart enemy ranks from long range. These fearless dwarves are masters of explosive devices and relish in pounding fortified enemy emplacements to dust.[1] Notably, they participated in the Third War. 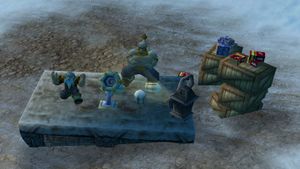 In Dun Morogh, there is a mortar team practicing their shooting.

Mortar Teams are the most popular siege units used in Warcraft III because they're faster than all the other siege units and have a fast attack rate.

Mortar Teams are famous for their sound when they're spawned, "Mortar Combat".