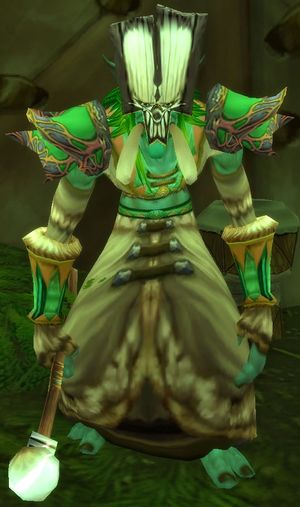 The Muisek is the avenging spirit of a creature killed in a violent death.[1] With a specially made vessel the Muisek of a creature can be captured and used for a powerful spirit weapon[2] or whatever else the enchanter wishes.[3] The Muisek, during the capture process can be prevented from escaping if the creature is shrunken first.[4]

Witch Doctor Uzer'i hopes to use the power of captured Muisek so that he may allow those spirits to aid the Horde.

The term "Muisek" is more likely then not taken from the Shuar language word "Muisak". In the real life head shrinking tradition, it is believed that coating the skin in ash keeps the muisak, or avenging soul, from seeping out.