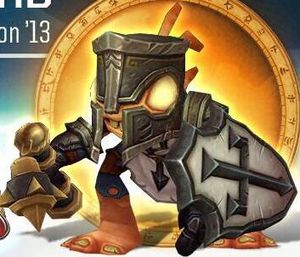 Murkalot as seen in BlizzCon 2013 promo. 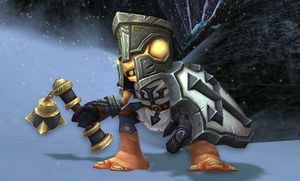 Murkalot is a companion that was given to those who attended BlizzCon 2013, or purchased a virtual ticket. He is based on the Crusader class from the Diablo series.[1]

Players are mailed this pet by Master Handler Sylvester:

Thank you for your attending Blizzcon 2013!

As a special gift of appreciation, we would like to present you with this eager little murloc crusader.

May Murkalot lead you to new adventures across the face of Azeroth and beyond!

We're Crusaders from a fable. We dance whene'er we're able. We do routines and chorus scenes, with footwork impeccable!

A few players have reported receiving more than one letter with Murkalot's Flail attached to multiple characters.[2] The reason for this issue is unknown, but it may be that these extra letters are sent to the first character logged in to on that specific realm. If the player has characters on more than one realm, the player may encounter this issue. The only thing to do is to open the letter, loot the item, and delete it; Murkalot is limited to one per Battle.net account. On the plus side, the player now has multiple copies of the letter. 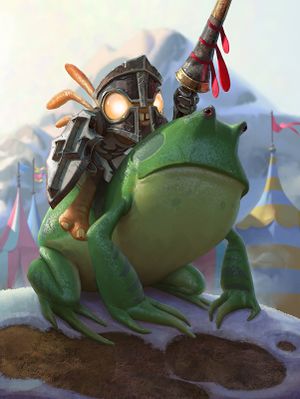 A "murloc knight" in Hearthstone.