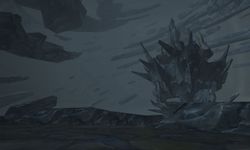 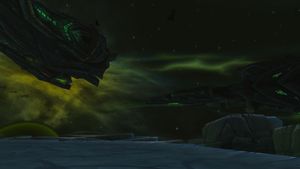 Netherspace: now with an invasion fleet

The Burning Legion made their entry point to Karazhan through Netherspace, sending two command ships under the darkglare Viz'aduum the Watcher. He oversaw the Legion operations within the tower, which were focused on turning Karazhan into the Burning Legion's second major entry point to Azeroth like with the Tomb of Sargeras, but on a bigger scale. Kil'jaeden had indeed sent Viz'aduum to consolidate Karazhan's connection to the Twisting Nether, and to link it to all Legion worlds at once.[1]