Not to be confused with Avalon. 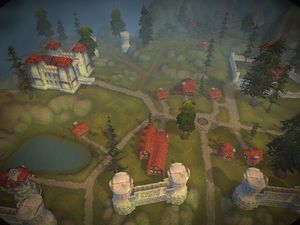 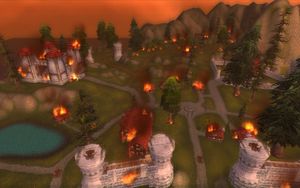 New Avalon is located just east of Tyr's Hand in the Eastern Plaguelands. The town encompasses Scarlet Hold, the New Avalon Orchard, the Scarlet Tavern, the Chapel of the Crimson Flame, the New Avalon Town Hall, and the New Avalon Forge. The Scarlet Overlook and King's Harbor are located to the southeast, and Havenshire is to the north.

The town itself is instanced, and after death knights finish their starting experience they are sent to the non-instanced Eastern Plaguelands where the ruins of the Scarlet Enclave and Havenshire can be seen.

New Avalon is presumably the same area as the Tyr's Bay attacked by the Horde during the Second War.