The Obsidian Sanctum is the black dragonflight area of the Chamber of Aspects. The entrance is in under the Wyrmrest Temple in the Dragonblight and accessed via a crack in the ice following the Path of the Titans. It holds one raid boss, Sartharion the Onyx Guardian, and his three drake lieutenants, Shadron, Tenebron, and Vesperon. Raiders may choose to kill all three drakes or leave some combination of them alive. Completing the encounter with one or more drakes up increases both the difficulty and the quality of loot that drops.

A 10 and 25-player version of this raid exists.

More than ten thousand years ago, the black Dragon Aspect, Neltharion, began a quest to reign supreme over his fellow dragons and thereby dominate Azeroth. Before Deathwing -- as Neltharion came to be known -- could achieve his goal, the other Aspects drove him into hiding, but the rest of the black dragonflight continued his foul work. Hated and hunted for its evil deeds, the black flight dwindled, and at first Deathwing schemed to bolster its ranks. In time, however, his agents began experimenting with other dragonflights to create a new and mightier breed of dragon. The resulting experiments gave rise to a powerful and terrifying new breed: the twilight dragons. These malefic dragons were believed to be destroyed after an attack on Grim Batol, but a new clutch of twilight eggs was recently discovered within the Obsidian Sanctum, the black dragonflight's domain in the Chamber of the Aspects. Now Azeroth's heroes must destroy the brood once and for all and prevent the dark future that has been set into motion.[1]

In the wake of the Nexus War, Alexstrasza tasked her children with rooting out any danger and treachery within the Wyrmrest Accord. They quickly located a clutch of twilight dragon eggs within the Obsidian Sanctum. With their resources already strained in dealing with the Scourge and the blue dragonflight, Alexstrasza's consort, Korialstrasz, has sent word of the eggs to Dalaran's Council of Six in the hopes that able-bodied adventurers can enter the sanctum and destroy the twisted progeny of Deathwing.[2] 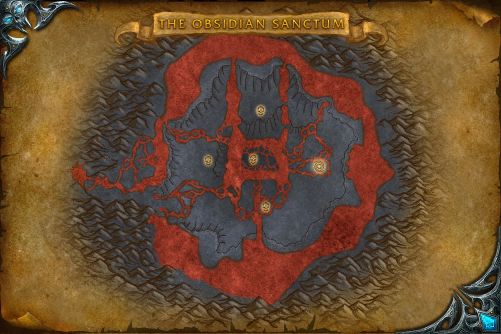 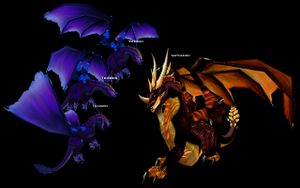