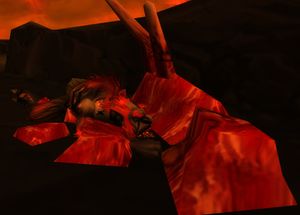 Oggleflint was a level 15 elite trogg once found in Ragefire Chasm. His corpse can still be found in the instance, but is now food for Adarogg.