On Her Magic-ey Secret Service 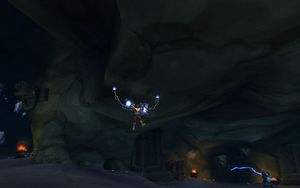 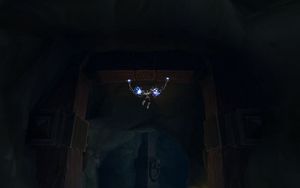 Under orders from Jaina herself, some of our agents attempted to sneak past mogu lines to find out what was going on in the Mines.

They were captured, and are being subjected to who-knows-what kind of awful tortures.

You must free them and kill whoever captured them. We don't leave anyone behind!

Time to push ahead - to the forge!

from the northwestern corner of the Beast Pens and look to the right to find Agent Reginald hanging from a statue. Get within 15 yards of him, and while not in combat, use the item with Reginald targeted. It's got roughly a 5-second channel. When the channel is complete, Reginald will be teleported out. Take the southernmost fork, on the right, and head east to find Grisel hanging from a ceiling on the lower level. Repeat the process, then keep moving eastward to reach the main cave. Turn left, facing west, to find Crowley, hanging from the ceiling as well. Free him, then exit the mines at its easternmost entrance to reach the Thunder Forges. 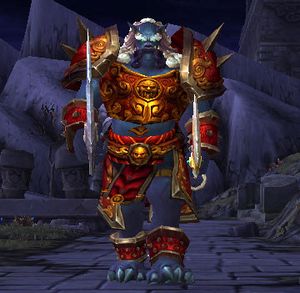 Metal Lord Mono-Han is pathing up and down the path on the lower level. See his article for abilities and tactics. On Mono-Han's death, the quest completes automatically. 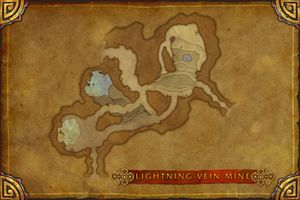