For an overview of the World Event, see Operation: Gnomeregan.

Help King Mekkatorque with the assault on Gnomeregan.

Momentarily, the multi-phased assault upon Gnomeregan will begin and Mekgineer Thermaplugg and his men will be brought to justice! Too long has Thermaplugg festered in the depths of our home, defended by a corrupt and irradiated army.

The assault begins in but a moment! Be ready recruit, this fight will not be for the faint-hearted.

if completed at level 80) and

You are also awarded the Feat of Strength Achievement

Curses! We had to fall back. But Thermaplugg's lost, and he knows it... he's only bought himself time. We hold the surface, and when the radiation clears we'll assault and recapture Gnomeregan with a force twice this size.

You can ask Mekkatorque for a quick history and run-down of his attack:

At last it is time for the exiled gnomes to return.

Once again Gnomeregan will be our home!

What is going on here?

The dwarves have kept us safe in their home for some time now, and for that we thank them. However, the traitorous Thermaplugg's occupation of our home must at last come to an end.

Gnomeregan has festered beneath the atomic weight of our ill-conceived plan for too long. The detonation of the radiation bombs drove us from our city, but we now possess the technology to take it back!

We will regain what is ours... and bring Thermaplugg to justice!

What is your plan?

Operation: Gnomeregan is divided into a number of phases:

First, we must retake the air tower. This will allow our planes give [sic] us air support as we move towards Gnomeregan's main entrance.

In addition, a cache of mechanized Battle Suits was discovered in one of the nearby buildings. Once we have those suits, our assault on the entrance should be unstoppable.

Then, we go straight for Thermaplugg in the heart of Gnomeregan!

The event runs for 20 minutes, so if the High Tinker is not at where players land during Words for Delivery, sit tight with Elgin Clickspring. Once a player starts the event, other players have six minutes to join Mekkatorque before he begins the attack. After that six minute window, players will be required to wait 15 minutes until the event resets and begins anew.

During the event, the regular level ~15 NPCs will be out of phase, replaced by level 80 elites! The party starts out south of the air tower by Gnomeregan. The irradiated infantry and mechano-tanks are actively hostile and hit hard. To counter this, Mekkatorque buffs players with "Brillant Tactics: For Gnomeregan!", a health pool and damage boost, while "Doc" Cogspin will apply "Surgeon General's Warding: When the "Doc" is on the clock your health won't drop.", a health and resource (mana/rage/energy/runic power) recovery aura.

Once Mekkatorque starts the assault, head north to the airfield and take out the four rocket launchers. Once all of the rocket launchers are eliminated, Mekkatorque will move to capture the engineering facilities/surface command post to the northeast, skipping the entrance to Gnomeregan proper. The radiation inside Gnomeregan (starting just outside of the ramp) hits for ~5275 a second, so do not take a left after the airfield has been recaptured.

The command post is guarded by six tankbusters. They are initially protected by an immunity shield until the multi-bombers overcome them. Destroy the six tankbusters to capture the command post. Mekkatorque will disable the radiation pumps, allowing the party to assault the entrance. Also, some of the infantry will commandeer battle suits to assist in the assault.

Mekkatorque leads the party to the entrance of Gnomeregan, where they are met by Mekgineer Thermaplugg's Brag-Bot. Thermaplugg sends the entire force of troggs against the invaders, capped off with Gasherikk, who has ~1.9 million health. The troggs defeated, the party heads down the ramp to the elevator, which has been disabled! Everyone is thus equipped with a parachute and safely makes it to the bottom of the shaft. Noting the lack of resistance, Mekkatorque heads through the Train Depot to the Workshop entrance of the Gnomeregan instance, where they are greeted by the Irradiator 3000.

It's a trap! Thermaplugg unleashes the last of his forces, led by Commander Boltcog, upon the party. After defeating Boltcog, Thermaplugg gloats over his soon-to-be-inevitable victory by setting off the Irradiator 3000. However, it was left with the default timeout of 10 minutes. Taking advantage of the opportunity, Mekkatorque attempts to defuse the irradiator with some engineering reagents. Thermaplugg, noticing the lack of a big boom, realizes his mistake and resets the irradiator to explode in 10 seconds. Mekkatorque quickly orders Lapforge to teleport the party to safety. They wind up back in Tinker Town.

Do NOT rush ahead of Mekkatorque. Stay with him at all times. Otherwise, you might glitch the event and it will have to be restarted (much to everyone's chagrin). When the troggs are pouring out, stay there and fight the troggs. 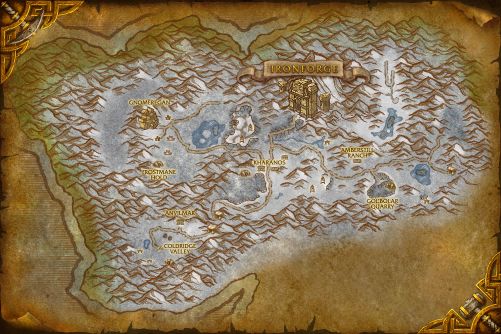 High Tinker Mekkatorque yells: Sweet baby titans! That's got to be the biggest trogg I've ever seen! Keep firing...take it down!

After parachuting to the bottom and reaching the Train Depot:

High Tinker Mekkatorque says: It's too quiet, where are Thermaplugg's defense forces?

Reaching the Irradiator 3000 in the Train Depot:

Commander Boltcog yells: Our defenses are impenetrable! WE are the true sons of Gnomeregan!

[Whirring Bronze Gizmo] and some [Fresh Spring Water]. Cogspin, toss me that

[Dirty Trogg Cloth] and a

Denouement, back in Tinker Town: