Order of the Seven Suns 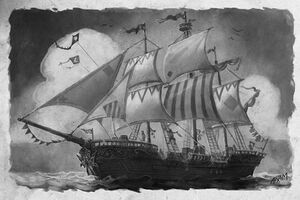 After Greydon left his family in Lakeshire in search of the crystal shards, he had Anselm Yewtree carve the Wavestrider's figurehead into the naaru's likeness.

The Order of the Seven Suns was an order of seven individuals that were sworn to protect an unnamed naaru that shielded Azeroth from the Darkstorm and was foretold to stop it. Greydon Thorne was chosen as its leader while his brother Silverlaine was also a member. The naaru bestowed Greydon the Diamond Blade to give to the one he deemed best. However, Greydon kept it for himself, infuriating his brother. To prove his worth, Silverlaine later stole the sword from Greydon's quarters and went to defeat the dreadlord Xaraax who was capable of summoning the Darkstorm. However, the dreadlord convinced Silverlaine to join his side. Upon returning to the order, Silverlaine killed the naaru, and the weapon shattered, its crystal shards blasting across Azeroth. With the naaru gone, Silverlaine returned to the nathrezim, Greydon settled in Stormwind, and the order was shattered as was the Diamond Blade.

Despite the Legion's victory, the Darkstorm couldn't come. The reason for that was the naaru's essence that survived in the form of the shattered crystal shards. It also appeared as a mysterious Voice of the Light, guiding Greydon Thorne and later his children Aramar and Makasa Flintwill to finding the shards. In the meantime, Malus managed to capture both, Greydon and Aram, in the Hidden citadel in the Hellfire Peninsula while Makasa reassembled the Diamond Blade and gathered friends and allies to invade the demon fortress.

When the battle started, Xaraax deemed Malus unuseful and, in turn, Malus turned on Xaraax, defeating him but also becoming fel-corrupted. Because he was of the Order of the Seven Suns, Greydon's essence was needed for the Darkstorm to feed upon his life. Fortunately, Makasa and her allies managed to free the Greydons, defeat demons, and kill Malus, avenging the naaru and putting a stop to the Darkstorm threat.[1]