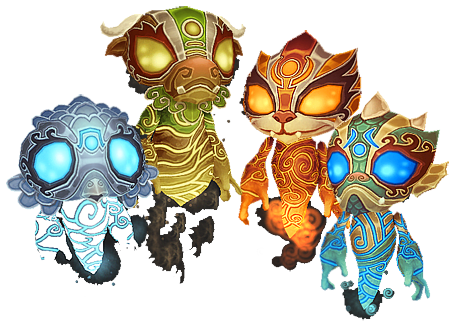 The elements of Pandaria can be cute and playful, until their homeland is threatened.[1]

Pandaren spirits,[2] or ancient spirits, are elementals that exist on Pandaria and the Wandering Isle, representing the heart of its elemental powers.[3] Most of them protect their element in various locations and have done so for thousands of years. Hostile spirits also exist on various islands hiding and waiting to playfully attack adventurers.

The playful water spirits have a curious connection to the weather.[5] They are especially mischievous, and are known to frequent the canals of the Stormstout Brewery.[6] 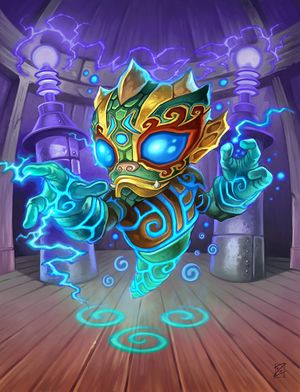 A water spirit in Hearthstone.

These four elemental spirits protect the turtle and the people on it: