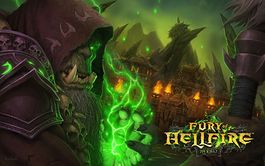 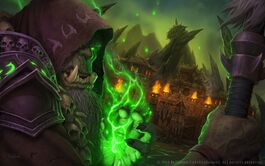 Having lured Grommash Hellscream’s former lieutenants with promises of untold power, Gul’dan has delivered the Iron Horde to the Burning Legion. Now, he floods the jungles of Tanaan with energies from the fallen pit lord Mannoroth, creating an army of fel orcs brimming with demonic strength and insatiable bloodlust. Even the Iron Horde’s mighty war machines have been infused with fel energy, while the Shadow Council recruits fanatical arakkoa to help crush all who oppose the Legion.

Whether Horde or Alliance, as commander of your side’s garrison in Draenor you must oversee the construction of warships to assault Tanaan and disrupt the Iron Horde’s frenzied preparations—then stop Gul’dan before his fel masters can gain a foothold on Draenor. If you fail, there will be nothing left to prevent the Burning Legion’s obliteration of Azeroth.

Timewalking - The Burning Crusade and Wrath of the Lich King