Path of the Damned 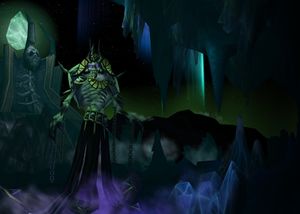 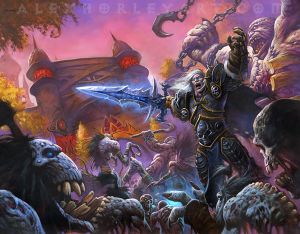 Path of the Damned is the undead campaign in Warcraft III: Reign of Chaos.

With their new leader, Prince Arthas, the undead Scourge move to complete their purpose in Lordaeron, which is to destroy the remnants of the Alliance, and to pave the way for a new invasion. In a series of quests involving the destruction of the Silver Hand Paladins and the overthrow of Quel'Thalas, Arthas succeeds in reviving former adversary Kel'Thuzad as a Lich. After laying waste to the Blackrock orcs and communing with the Eredar Demon Lord Archimonde, the two successfully open an inter-dimensional portal with the use of Medivh's Spellbook for the true masters of the Scourge, the Burning Legion, to enter the realm of Azeroth. Leader of the demonic forces, Archimonde, makes his first blow against the remaining human resistance with the destruction of the Wizard Utopia of Dalaran, the Violet Citadel.