Pepe is a small bird that (most of the time) lives in the commander's garrison. Pepe can also be found out in the world of Draenor, and finding Pepe's four costumes is the objective of the achievement 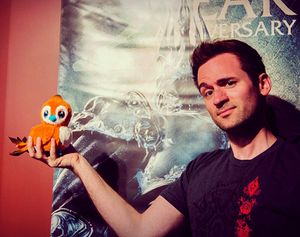