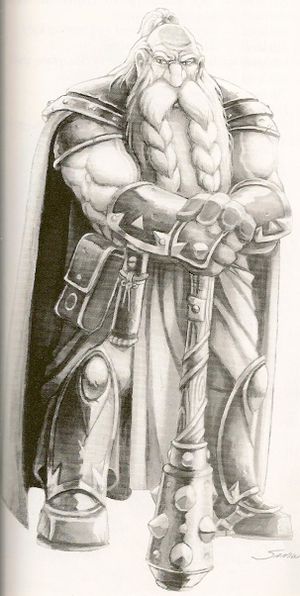 As with all examples of talent builds or point distributions, the optimum build depends largely on your playstyle (PvP, soloing, raiding, etc., or a specific combination of spells you like to use) as well as gear, party members, and other factors. The builds listed below are not for everyone, nor are they always the best. They are at worst, opinions, and are usually subjective.

If you're not sure why a specific talent was chosen, check the Priest talent analysis for pros and cons of each talent.

If you intend to level your priest mainly through solo questing, a shadow build produces high damage along with good survivability through

[Vampiric Embrace]. If you intend to level your priest through healing in instances and grouping, a holy or discipline healing build is the way to go and should result in shorter queue times. While some players have found healing as Shadow possible at lower levels, the healing capabilities are compromised with no talents to improve healing and limited mana regeneration, quickly making this impractical.

A recommendation for how the talents might be placed as you level up:

[Psychic Horror] are taken for extra survivability and utility, and because there are few other options. They are especially useful to players who level with a mixture of PvP and PvE.

[Dispersion] are used periodically to give mana.

A recommendation for how the talents might be placed as you level up:

[Smite] are the staple spells, and

[Glyph of Smite] is recommended.

[Archangel] should be used mainly as a mana restore; DPS is optimised by keeping Evangelism fully stacked (using Archangel only when the stacks are about to expire, such as between pulls) but priests may need to use it more often in order to maintain mana levels and minimise downtime.

[Power Word: Shield] becomes more powerful after level 39 and should be kept up at all times during combat for the extra damage. Beyond level 49 a shadow build may be preferred, although this works well as a healing build for instances too due to the heals from

Discipline priests are healers and damage mitigators. They are not built to be adept as the main raid healer due to lack of AoE heal spells, but fantastic tank healers. A good Disc healer will never top the healing charts - because if they time their moves and mitigate damage correctly, they'll never need to.

[Atonement] allows for passive healing by dealing damage with

[Penance], and gives stacks of

[Evangelism] which reduces the mana cost and increases the damage from smite (and therefore increase healing from Atonement), or can be consumed for a healing buff and mana restore.

[Glyph of Divine Accuracy] is a necessity for this build.
Points from

[Strength of Soul] or

[Archangel] may be moved to

[Surge of Light] to suit the players preference.

This 'pure' healing build takes all the talents that directly affect your heals and does not rely on Smite whatsoever. It will suit a more traditional healing style.
It has 2 points spare. Where they go is entirely down to personal preference. Options include

Holy priests have strong AoE healing spells and high heal output, and make ideal raid healers as well as having talents for tank healing. Holy priests are the all-rounders of healing classes and can easily adapt to different situations.

This is a standard healing build, and most holy builds will vary little from this mainframe. Note that there are 3 points free which the player may place as they choose, and some room for moving existing talents.

Shadow Priests are the damage dealers of the priest class, and can take on a shadow form to improve their shadow damage even further at the sacrifice of holy (healing) spells. They have powerful DoTs but are also capable of burst damage.

This is the basis of most PvE shadow builds. Although

[Psychic Horror] offers no DPS increase, it is a useful utility spell.

Many heroic dungeons require silences and interrupts, so this build sacrifices reduced

[Sin and Punishment] in favor of

This is a build which takes all the talents which improve your DoTs, and reduce the mana cost of them. All the essential PvP talents are present, though there is room for talents to be moved around depending on preference. You may wish to put more or less points into

[Twisted Faith] depending on how much hit rating or spirit is on your gear.

This is a build which focuses on burst damage with

[Shadow Word: Death], rather than DoTs. All the essential PvP talents are present, though there is room for talents to be moved around depending on preference. You may wish to put more or less points into

[Twisted Faith] depending on how much hit rating or spirit is on your gear.

An arena healing build, forgoing any

[Smite] talents, since there is little opportunity to use them in arenas. There is a lot of freedom for talents to be moved around in favor of

You have a lot of choices on your glyphs in PvP depending on what suits your play style. Any of the following glyphs can be taken along with some of the suggested PvE glyphs.