Priestess of the Moon

During the Burning Legion's third invasion, many priestesses of Elune joined the Conclave in the Netherlight Temple. Many ghosts of the priestesses were encountered inside the Tomb of Sargeras, including Dejahna.

More cursed priestesses were found in Elun'alor Temple in the ruins of Zin-Azshari in Nazjatar.[9] 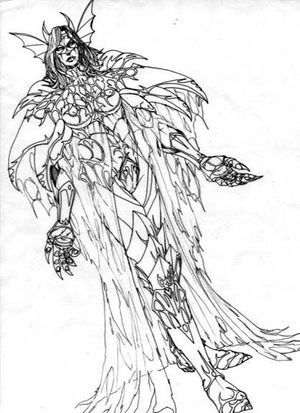