For the former Duskwood quest, see 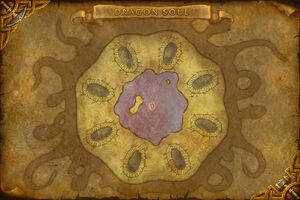 This rogue-only quest is the start of the chain to obtain the legendary daggers Fangs of the Father:

[Golad, Twilight of Aspects] and

[Tiriosh, Nightmare of Ages]. It starts and ends inside a normal or heroic Dragon Soul raid.

[Cryptomancer's Decoder Ring] from Hagara the Stormbinder at the Eye of Eternity within the Dragon Soul raid encounter.

Hello, <name>! You've earned a reputation among the flight as having - shall we say - 'nimble fingers.'

We need someone of your skills for a matter of utmost delicacy. Before I reveal more, we need to know you're the right <man/woman> for the job.

When the course of battle takes you to the Eye of Eternity, I need you to pickpocket Hagara the Stormbinder to retrieve a cryptomancer's decoder ring. Are you up to the task?

Have you completed our task?

These artifacts are crafted such that they dissolve if their bearer is killed, so only a skilled thief can acquire them.

You've found one! You're a credit to your race, <name>.

Rings like these are capable of decoding even the most complicated of ciphers. Unfortunately, the ring is inert until it is charged...