Pyrite, first discovered in a liquid state inside Ulduar is a rare mineral found when mining in Cataclysm.[1] 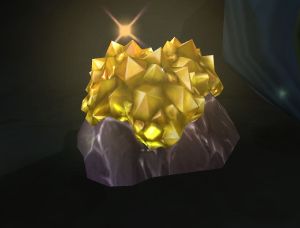 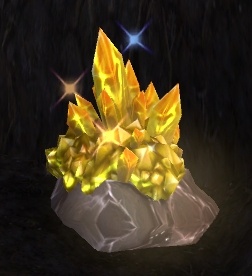 Pyrite is found only in the highest tiers of Cataclysm zones, those being the Twilight Highlands and Uldum (more frequent in the former). Rich Pyrite Deposits are only found in Tol Barad (both in the peninsula and the battleground-area). Both types are rare spawned nodes off Elementium, though they appear to occur more frequently than previous rare nodes.