From Wowpedia
(Redirected from Quest:Breath of Darkest Shadow (Alliance))
Jump to: navigation, search 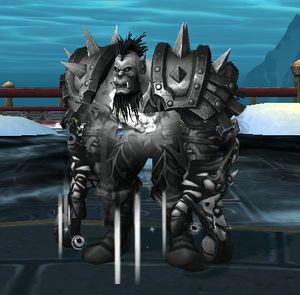 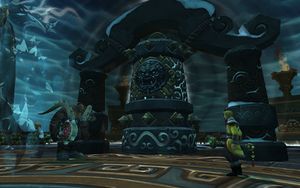 Anduin and Garrosh facing off 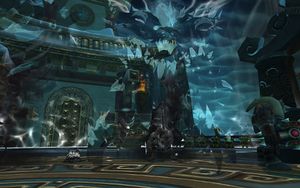 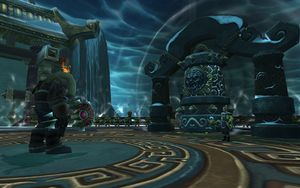 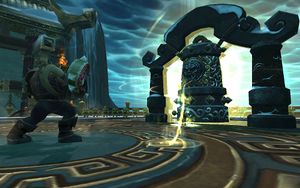 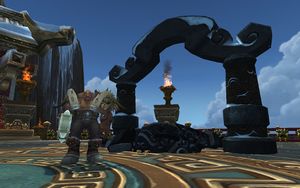 Garrosh with the bell destroyed 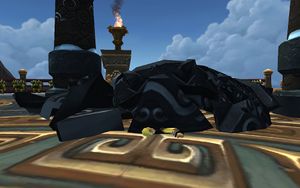 Garrosh is right over there, and he's going to ring that bell at any moment.

We don't have time to wait for my father's army. This is our only chance to stop him!

I'll attempt to appeal to his senses before resorting to using the Harmonic Mallet.

Charge in whenever you're ready, <name>. I'll be right behind you.

<Anduin looks like a crumpled doll. He lays as still as a stone, and the only movement comes from the frigid air, ruffling his fair, golden hair.>

<You sit quietly for a while, until the cold settles into your bones. The bell is destroyed, but the silence is deafening.>

<Out of the corner of your eye, you see the slightest flicker from the boy's hand. You lean in close. He breathes - but just barely! Anduin is alive!>

Head up to the platform and a script event begins:

While they're still alive, Garrosh will say any of the following at random:

Once the last reaver is slain, Anduin will run up:

Ishi says: Do you speak the truth, Garrosh? Can the Horde truly survive another war?
Garrosh Hellsceram says: Doubt is for the weak! Do not question your strength, Ishi. We will survive because we must! The Horde will prevail!

Ishi says: We have lost so much, Warchief. Our families, dead. Our friends, lost. Our homeland, gone. How much more must our people suffer?
Garrosh Hellscream says: Our suffering is at an end. When this war is won, our people will see prosperity at last.

Ishi says: Why should we be slaves to honor, when we could slaughter the children of our enemies while they sleep? My blade thirsts for Alliance blood!
Garrosh Hellscream says: Control your hatred, Ishi. There is killing, and then there is murder. Direct your rage to our enemies.

Ishi says: At night, I see the faces of all those I have slain. Where do our spirits go after our bodies lay cold? I fear... death.
Garrosh Hellscream says: Use your fear, Ishi! Turn it on your foes. When death arrives, will you stand and face it or kneel in defeat?