The Seven Burdens of Shaohao (quest)

From Wowpedia
(Redirected from Quest:The Seven Burdens of Shaohao)
Jump to: navigation, search

[The Seven Burdens of Shaohao]

Bring The Seven Burdens of Shaohao to Lorewalker Cho at the Seat of Knowledge.

[The Seven Burdens of Shaohao]

It would seem you have discovered the full tale of Shaohao, the last emperor of Pandaria.

This is a story I have long sought to uncover. Ever since the Sha was released I have felt in my belly that this tale was at the heart of it all.

We will add this knowledge to your collection. If you wish me to narrate this for you, simply point at the correct volume in your Private Collection. 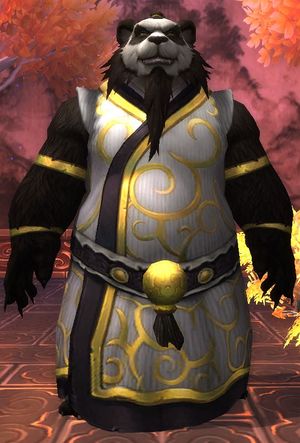 [The Seven Burdens of Shaohao] Pandaria exploration achievement, Lorewalker Cho sends a letter via the in-game mail system. The letter has an item attached that starts this quest. See the achievement for more details.

Lorewalker Cho says: Ah! You wish to learn of our last and greatest emperor, Shaohao? My friend, I do not have the time here to recount all of his adventures, but his actions ten thousand years ago resonate to this very day.
Lorewalker Cho says: We know that he purged his doubts in the Jade Forest. That he cleansed himself of despair in the Krasarang Wilds. That he overcame his fear in Townlong Steppes. And that he defeated anger, hatred, and violence high in the mountains of Kun-Lai.
Lorewalker Cho says: This is known; and there are temples to mark these most sacred of places.
Lorewalker Cho says: But I want you to imagine standing in this very valley on the day he returned from his journey. Imagine being here when the gates opened for him. By then our emperor was a creature of pure light: No doubts, no fears, no hatred...
As Cho speaks, various ghostly figures appear near him to represent his words. Statues of each of the four August Celestials to represent their temples, great gates for the entrance of the Vale, blossoming trees when Shaohao arrives...
Lorewalker Cho says: It is said that all the trees in the vale blossomed as he entered, and continue to blossom to this day.
Lorewalker Cho says: Would that we could all live like our most sacred emperor. That we could put aside all our burdens and exist in harmony with the cosmos. THAT, I believe, was his message to us... before he became one with the land, and hid Pandaria away from the terror of the Sundering.
Shaohao's ghostly figure starts praying and then disappears.
Lorewalker Cho says: Thank you, dear emperor.