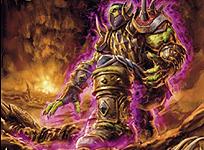 Rebirth is a level 42 druid resurrection spell. Unlike

[Revive] it can be cast while in combat, and restores the target to 60% health.

The design for combat resurrection effects has changed a good deal for Cataclysm, and we want to make sure players are clear on how spells like Rebirth and Create Soulstone now function. Rebirth has a 10-minute cooldown and Create Soulstone has a 15-minute cooldown. On raid boss encounters, you can only use one of these combat resurrection spells (so one Rebirth or one Soulstone) per attempt for 10-player raids. For 25-player raids you can use three forms of combat resurrection per raid boss attempt (so three of any combination of Rebirth and Soulstone). The count is incremented as soon as a player accepts a resurrection, so one can always choose not to accept if he or she wants someone else to get the resurrection instead. There is no equivalent of the Sated debuff (which tracks Bloodlust/Heroism usage), but you will get an error message if you try to resurrect too many players, and we might add tracking to our raid interface if there is demand for it. Outside of raid content, you can use as many battle resurrections as you have available.

For those of you currently participating in the World of Warcraft: Cataclysm beta test, please note that this functionality may not be fully implemented as of yet. If you notice combat resurrections are not currently functioning as explained here, this is just a heads-up about the updated design intent behind them.

[Reincarnation] was part of the count. This was later changed, and Reincarnation can now freely be used without affecting combat resurrections.