Remnant of the Void

Not to be confused with Remnant of the Void (Nighthold) or

[Remnant of the Void]. 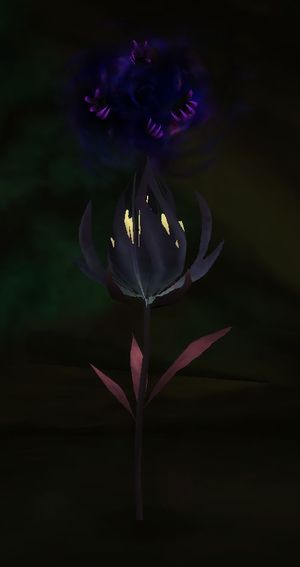 Remnant of the Void

The Remant of the Void is a Void flower found inside the Ancient Rest in the Emerald Dream. The spirit of Ysera walks from the lake to the cave as if to lead one to it.

During the Fourth War, the flower seemingly spread and became the Void Roots, an infestation that allowed creatures of the Void to spread into the Emerald Dream. After the tentacles and creatures were purified by an adventurer with the

[Heart of Azeroth], the corruption manifested as a Void Horror which was swiftly dispatched. If a player goes back into the cave containing the remnant, they can use the Heart of Azeroth of purify the roots, seemingly destroying them.

Interacting with it as a shadow priest

Xal'atath whispers: Almost completely gone, as if it never existed. But the rift is deep and vast, and somewhere down there it stirs. Something has changed, the last prison weakens. We must prepare.