From Wowpedia
(Redirected from Renthar Hawkspear)
Jump to: navigation, search 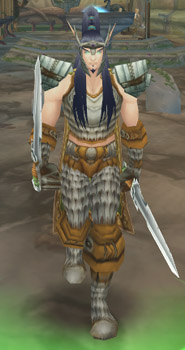 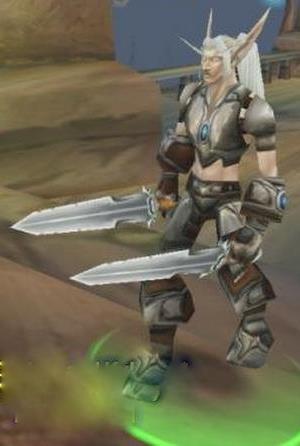 Some time before the War against the Lich King, Renthar Hawkspear, leader of the Quel'Lithien Lodge high elves, was approached by the Regent Lord of Quel'Thalas, Lor'themar Theron. Though initially under the impression that Lor'themar had come to apologize on behalf of Prince Kael'thas, Hawkspear is taken aback to learn of the Prince's demise. He asks who will now take the crown, and Lor'themar replies that none remain with a right to it.

Lor'themar references the slightly better state of the Ghostlands, and offers the quel'dorei aid and supplies. Renthar, however, angrily declines his assistance -- and reveals that Lor'themar had banished the quel'dorei of the lodge from Quel'Thalas, as he could not afford to lead a people divided. In addition, Hawkspear speaks of Horde agents who ransacked the lodge and killed several rangers, in the name of the Banshee Queen's champion, Nathanos Blightcaller. He states that by rights he should send Lor'themar's head to Sylvanas, though orders him to leave instead.[2]

In the Cataclysm, Hawkspear found an 'item of magical energy', which has turned the elves at the lodge into Wretched.[1] Hawkspear himself has become Death-Hunter Hawkspear.

He may be related to Cyndia Hawkspear, a fellow ranger from Quel'Thalas who was killed during the Scourge invasion and later trained as a dark ranger under Lady Sylvanas.