For the character from the main universe, see Rexxar.

Rexxar is a half-ogre / half-orc found in Gorgrond and Shadowmoon Valley.

In Gorgrond he shows up to fight the Iron Horde in Sulfur Basin. He and Nisha were divided and the orcs captured the raven. After an adventurer tried to release Nisha from the Iron Horde chains, was caught by a gronn. Rexxar jumped on the gronn, killed it and started tending to Nisha's wounds. He returned with her to his camp and caught a Laughing Skull orc - Bony Xuk / draenei - Rangari Erdanii. After the adventurer vouched for the orc / draenei Rexxar ordered to eliminate the Iron Horde threat. After Nisha is healed he assists the adventurers in discovering the Iron Horde and goren's true cause of attacks - finding artifacts that can subjugate magnaron. Eventually the half orc and adventurer stops the Iron Horde by killing Captain Brak and taking

[Heart of the Magnaron]. Rexxar and Nisha are ultimately seen helping Draka / Yrel against Goc and Commander Gar in the Iron Approach. Rexxar is seen in Highpass / Beastwatch admiring the commander's combat and calls him a friend.

Later, he assists the heroes in a series of quests beginning with

[100] Garrison Campaign: Darktide Roost where he fights against the Iron Horde's Blackfuse Company and eventually releases a rylak matriarch.

As his title of beastmaster suggests, Rexxar is a master of the wild and has befriended many creatures in his travels. He has been known to call upon his animal friends when needed, such as: 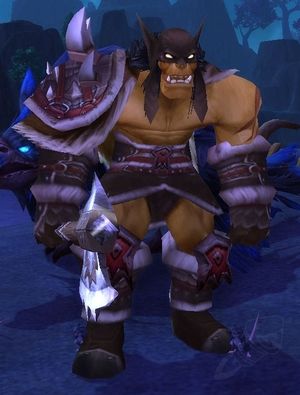 Breakers' Crown
You saved my Nisha.
In turn, I will assist you in cleansing this canyon of Iron Horde.

Darktide Roost
So, you have decided to join me on my quest to tame the Darktide Matriarch?
It appears you are not the only one. The Iron Horde is destroying this island and the creatures that inhabit it. They have no respect for the rylaks they hunt.
Rest assured <class>, I will not let this disgraceful slaughter go unpunished.