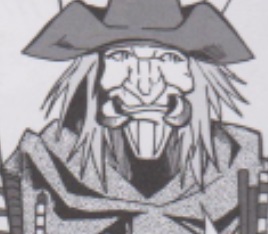 Rinling is a level-55 quest giver found in Darkmoon Island. He runs the shooting gallery in the Darkmoon Faire.

Rinling has to keep a smile on your face, or he has to cut off his hand and eat no flesh until it regenerates. He also likes collecting engineering parts, to improve his tent. Judging from his skin tone, he is a Sand troll.

Once the Faire permanently moved to Darkmoon Island, Rinling finally had enough parts to open his shooting gallery, but he still has plenty of work to keep him busy. He not only collects more prizes to give out, but also uses his engineering skills to fix and refurbish the steam tonks.

Up for a challenge?

Return visits
<Name>, you return! The spirits of my last meal said you would come see me and that we would discuss business.

How does the Shooting Gallery work?

First, I give you a pellet rifle in exchange for one

Then you shoot the targets that light up.

If you're fast enough to hit a target just after it's lit up, you get an extra point.

If you don't reach the score limit before you time's up, or you move away from the booth, don't worry: Your score carries over to the next game.

He offers these quests monthly (can only be done once a week due to the Faire being in Darkmoon Island once a month).

He offers this quest daily.

He once started the following quests (in order of availability):