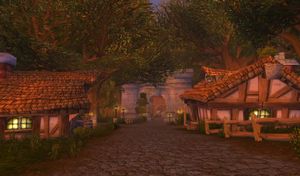 The road crossing the arch. 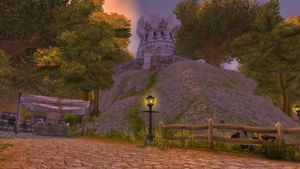 Base of a watch tower and some fungi.

The Road to Stratholme, before becoming one of strongest front bases of the Scourge known as the Plaguewood, was a beautiful place like Elwynn Forest and had a town similar to Goldshire. Prince Arthas crossed the woodland in order to reach the city of Stratholme.[1]

In the small village here and nearby areas, you would find an unnamed inn as well as its residents, the majority of which are presumed to have fallen during the coming of the plague. When Kel'Thuzad began his work, the poisoned grain from Andorhal reached this area as well. Sergeant Morigan was the first soldier to realize that something was wrong.

There are two quest NPCs: 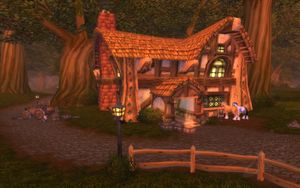 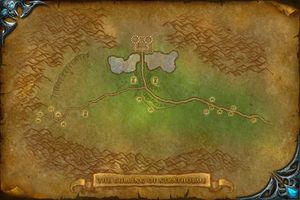 The Road to Stratholme map as seen in the Culling of Stratholme instance.

Inside the unnamed inn

Outside the unnamed inn

Houses beyond the arch

Throughout the village and forest

Outside the right tower